022. ALLOW ME TO REINTRODUCE MYSELF

022. ALLOW ME TO REINTRODUCE MYSELF 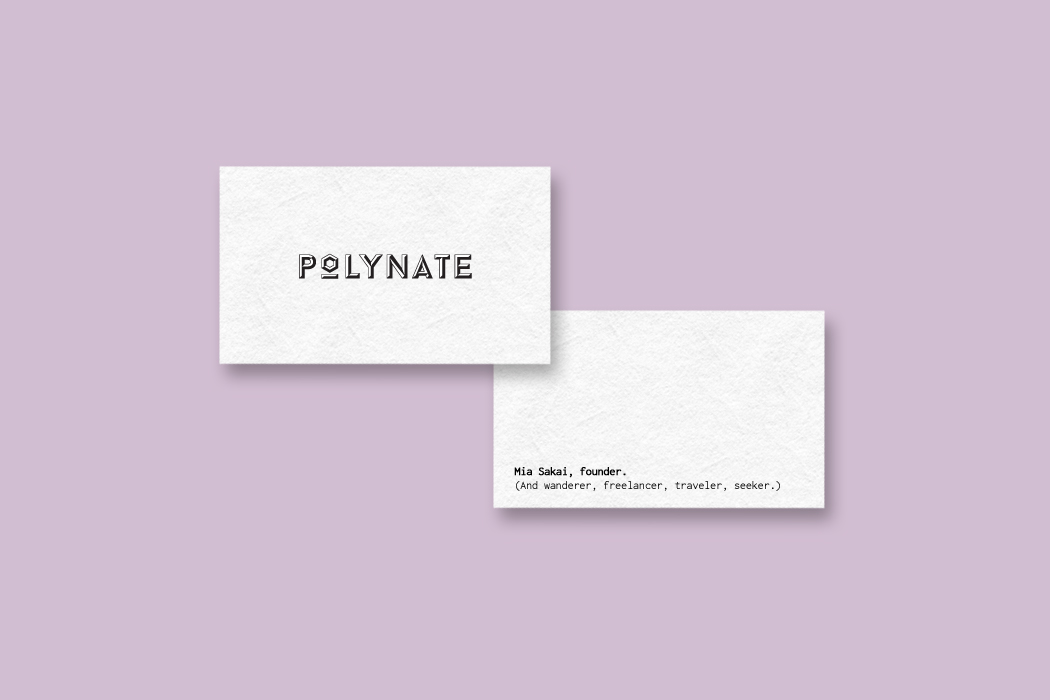 I thought it might be worthwhile to explain a bit about myself, my work history and skill sets. I realize that although I’ve been sharing Polynate’s story for a while, I haven’t shared much of my own. I always thought in some ways it might be irrelevant — ironic, since Polynate is all about uncovering the person behind the brand. In the spirit of transparency, allow me to reintroduce myself. 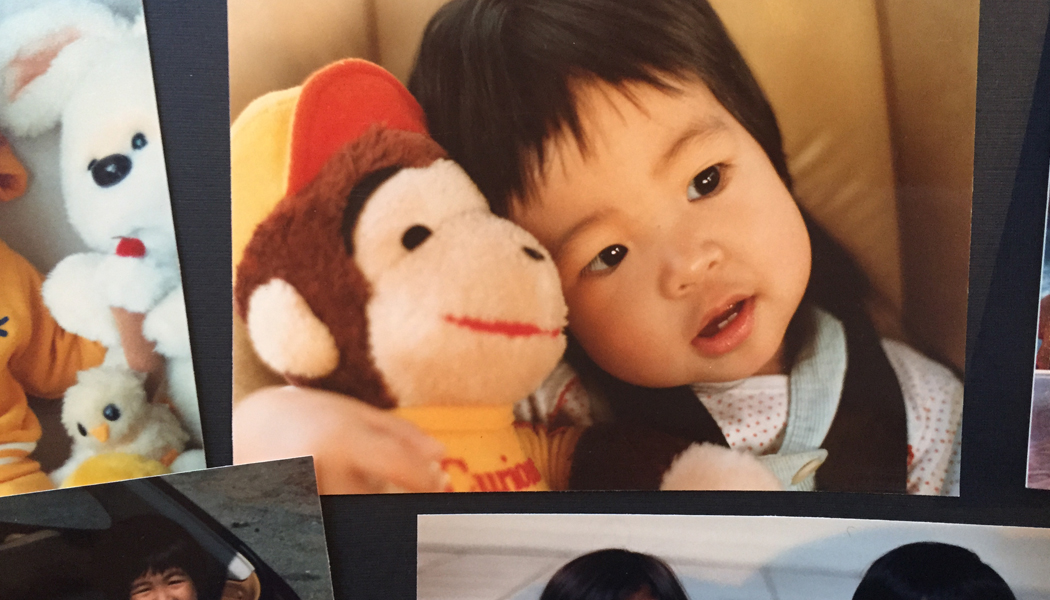 Curious George and me, posing for mom

My name is Mia Sakai. I was born in San Francisco on January 1, 1984. When I was three, we moved across the Golden Gate Bridge to San Rafael, a sunny suburb in Marin County where I remained until moving to New York City at 18. I went to New York University and graduated in 2006 with a BA in studio art and a minor in journalism.

When I was a sophomore in high school, I got my first job at a one-hour photo printing shop (remember those, when people still used film and real cameras?). I worked there until graduating and also waited tables at a local Chinese restaurant, though most of my shifts were spent smoking cigarettes in the parking lot with the other waitresses. Throughout college, I worked as a salesgirl and cashier at various retail stores in SoHo, the last of which was A Bathing Ape. 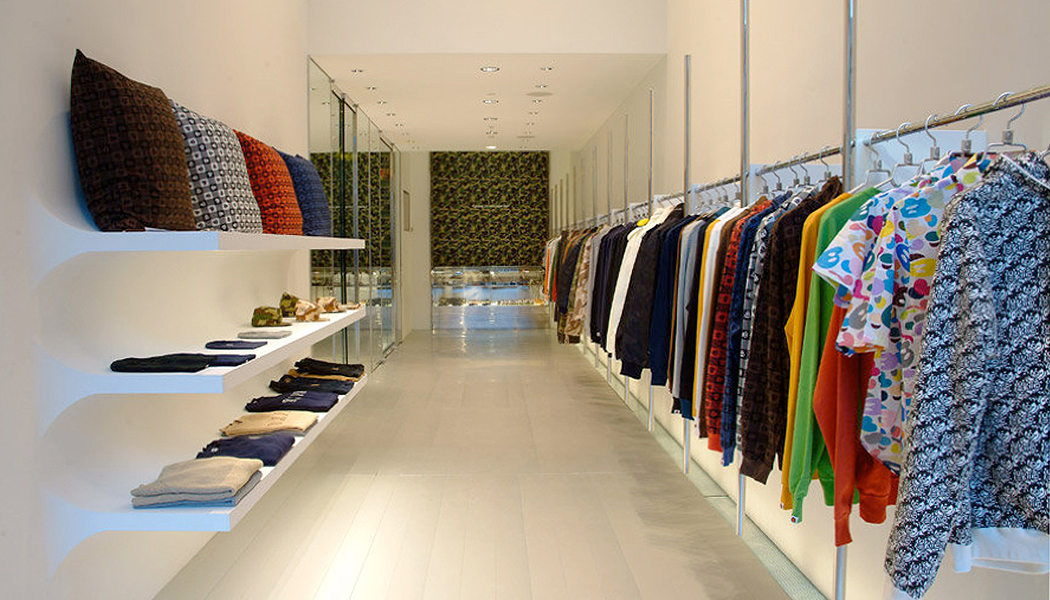 A Bathing Ape in SoHo | Photo from www.us.bape.com

At the time, A Bathing Ape was all the rage. Freshly imported from Japan, the “cult” streetwear brand amassed a fanatical following of hip-hop royalty, Asian resellers, and downtown kids of the Union and Supreme variety. It was a fun time. I met everyone in hip-hop and then some. One of my frequent customers became a good buddy and was kind enough to offer me a job the summer after graduation. Or rather, I harped on him until he conceded. 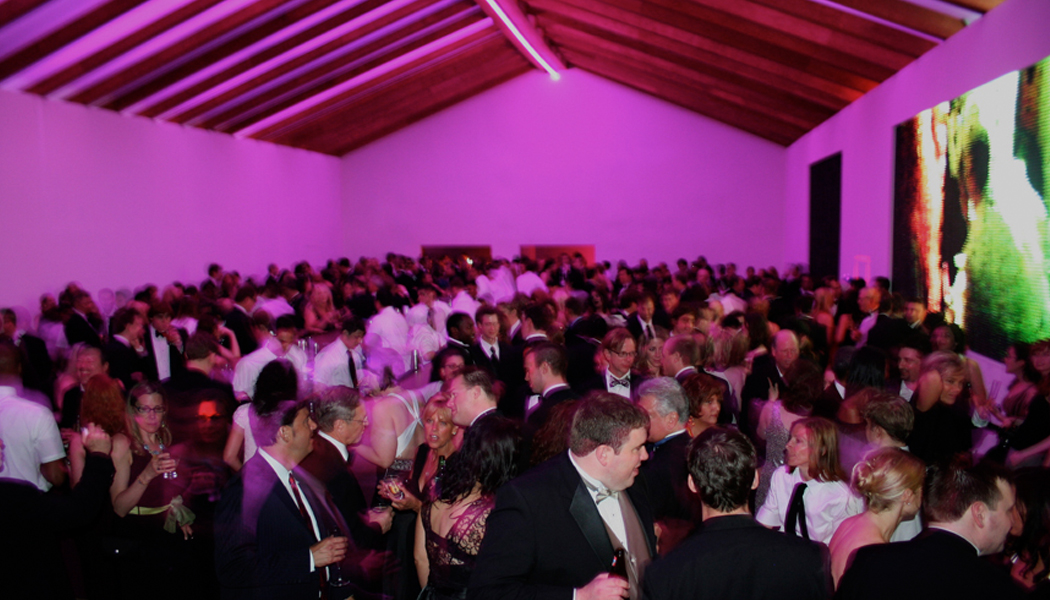 September 2006 I went to work at Bloomberg L.P. as an event coordinator and general member of the design department. I worked on some fun high-profile events and met some really good people, but was ultimately horrified by the corporate environment. The long faces, slouched shoulders and tired eyes around me made me nervous. Will this be me in ten years? I wasn’t willing to find out. I was also green, unappreciative and stubborn. I quit two years later and a month after the financial meltdown of 2008. Like I said, green, unappreciative and stubborn.

I spent a month in northern Brazil with my mother and returned to the dead of winter, broke, unemployed and aimless. I went on a few half-hearted interviews but the job landscape was dismal at best. I was also terrified of reentering the corporate world after working up the courage to leave it. I took whatever work I could find: a hostessing job at a Jean-Georges restaurant in Tribeca for $11 an hour, and a shopgirl position at a small vintage boutique in the East Village. I was discouraged, poor and bored. 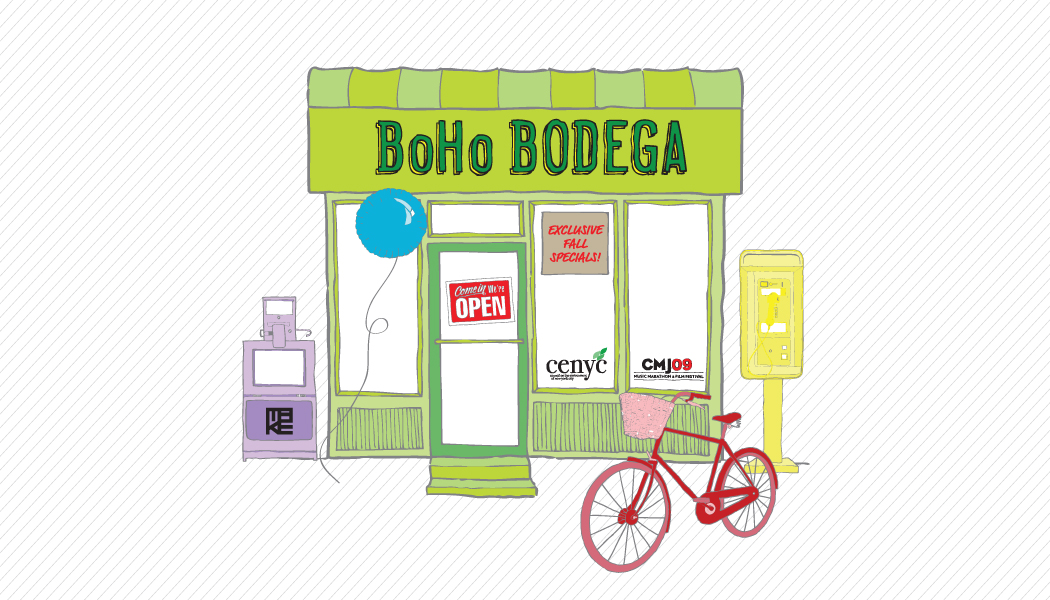 I decided to do something about it. I had a crazy idea to make “The World’s First Pop-Up Green Bodega,” a temporary shop outfitted with eco-friendly, all-natural, ethically-responsible goods normally found in your typical corner store. Think paper towels, quick snacks, cold case drinks, and body products. It was an opportunity for green companies to market their product directly to consumers at a discounted price, while contributing to a charity, as all sales profit went directly to a local non-profit. I designed a logo, pitch deck, website and marketing materials. I implored a friend to work with me, and together we sold sponsorships, temporarily leased a storefront on Lafayette and Spring, had palettes of free product delivered, and opened to the public for five whole days. It was exhilarating and exhausting. After five months of work, I made $700. I needed a job.

Unsure of how to leverage BoHo Bodega — or the idea of producing pop-ups — into a sustainable business, I went back to working at a restaurant as a hostess and waitress. I had just turned 26. Five months in, a commercial director I met years before on a flight emailed me out of the blue and invited me to visit him on a shoot in Brooklyn. I met a few art department dudes, exchanged info, and a few months later did my first job for an Acuvue commercial as a shopper. I was given a van, a driver and $1200 in cash to buy a page worth of props (stroller, flowers, hot dog baskets, fake baby, contact lens case, etc). I made $500 for the day and was thrilled. 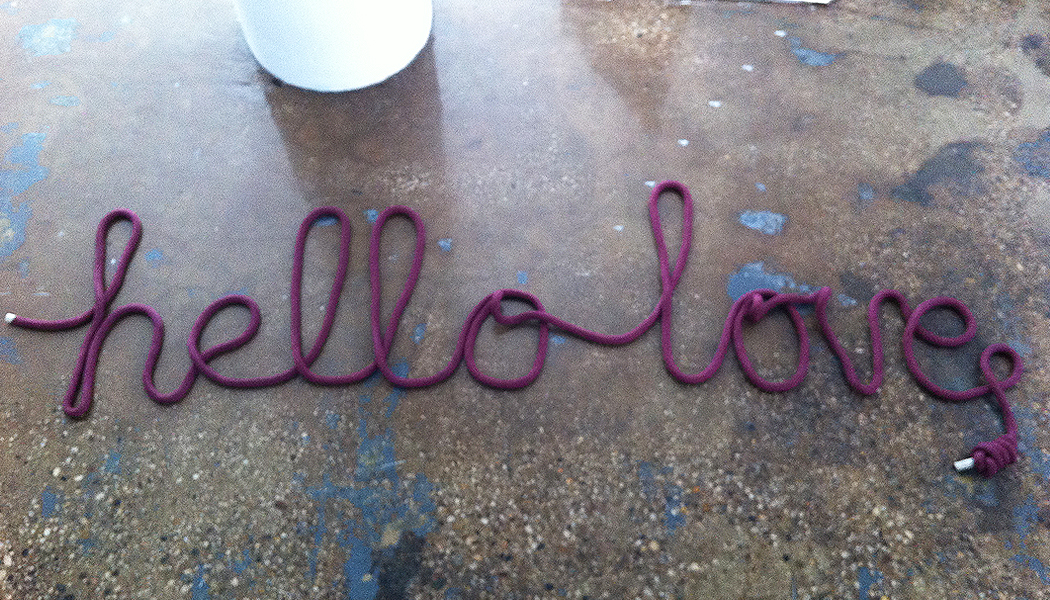 A 15 foot rope drawing I made on set

I started working on photoshoots as a shopper, prop assistant and production assistant. Each job was like being on a scavenger hunt — finding and collecting a variety of things in a maniacal frenzy all across the city. I fell into a regular gig as a wardrobe assistant on Macy’s commercials and have been doing that on and off for roughly four years. 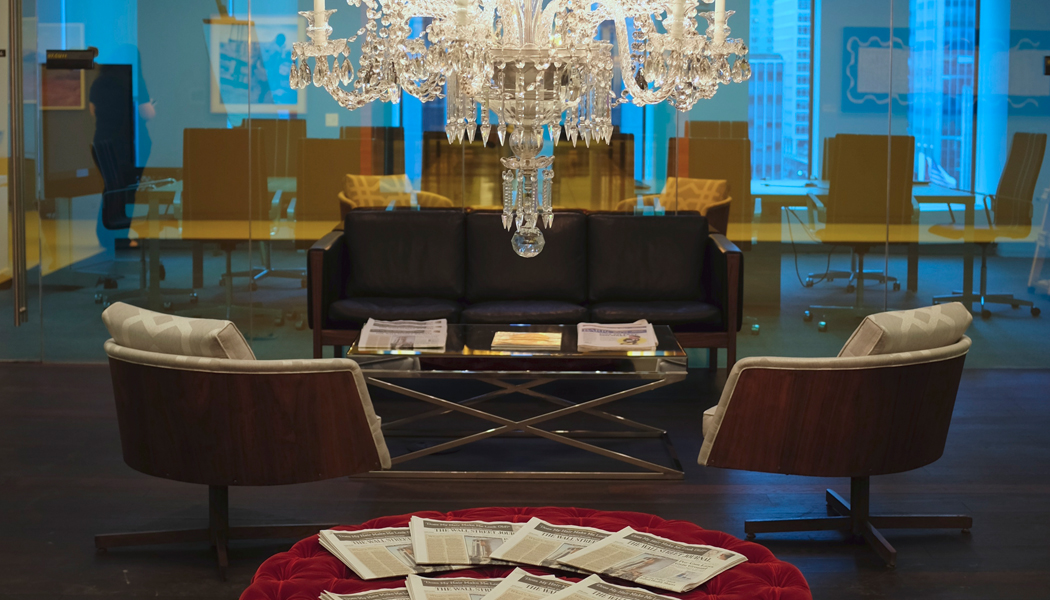 Two and a half years ago, my buddy and former Bloomberg boss invited me to do some freelance marketing work for his then-employer, Dow Jones. I gratefully accepted and took to it quickly, working on creative ways to bring the archaic company and The Wall Street Journal (its media darling) into the consciousness of those under 75. This included everything from designing premium products to redesigning office spaces to directing commercials for web and Taxi TV. I even went to Hong Kong the summer of 2013 to act as the regional marketing director for all of Asia. It was a big break. I was thrilled and excited and under qualified. What I lacked in experience I made up for with enthusiasm, dedication and hard work. I took my role seriously and was rewarded handsomely — both in compensation and regard for my work ethic. It was an exciting time that felt full of possibility. 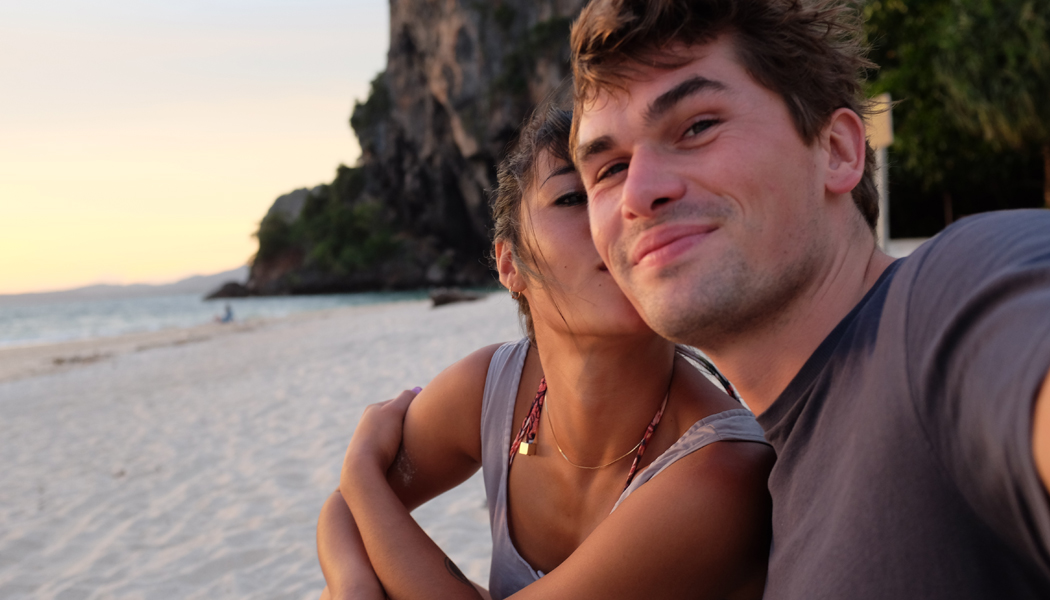 Tim and me on Railay Beach, Thailand 2013

When my contract ended, Tim and I took two months to travel around Asia. We never spent more than six days in one place. Needless to say, we saw a lot of Asia. As with most travel, it was a fantastic, eye-opening experience. We returned to New York and settled into a depressed state of culture shock. I was back to being aimless and jobless, but at least this time I had a savings account.

Two months later in January 2014, I went to a talk on streetwear and had the idea for Polynate. A little over a year and here we are.

A large part of creating Polynate comes from my own desire and need for it. Clearly, I’ve been searching and wandering for longer than I’d like to admit. The thing about being a “creative type” is that there is no set path to get where you want to go. For me, it’s been both challenging to figure out where that is and also how to get there. I hope that by sharing the stories of other creative types, you (and I) can gain practical tips for learning how to find and navigate that path, and what to do when you hit a rock, dip or crossroad. Little by little, I think I’m finally figuring it out. I hope you are too, and I hope in some small way, Polynate can help.