Chaz Brown is dragging boxes around his restaurant, Seoul Chicken, a few hours before it opens for dinner. There is paint on his hands and he’s wearing a denim and leather apron that reads fashionista as much as it does chef. When he sits down, he sets out his vaporizer, a yellow lighter, and his phone — face down. He burns the end of a chopstick and uses it to light a candle, then waves the chopstick around. “Blessing the space,” he says with a playful flourish.

For the man who got his start chopping chives for no pay at Nobu, chasing success — or conquering it, in Chaz’s case — has meant he must do all of this: grunt work, creating ambience, cooking, and being on camera for several food shows. “No one’s gonna follow you into battle if they know you can’t fight,” he says of wearing every hat in the business.

Chaz is a believer in the importance of the connected world, making the most of every opportunity to work, network, or create, both for himself and his businesses. Besides being a chef, he also has a restaurant consultancy firm, Soul Of the Space Culinary, or S.O.S. for short, and appears on shows like Top Chef.

Though Chaz and his food-business-TV empire might seem flashy, Chaz isn’t about what’s most profitable or the hottest trend. He balances vision and practicality and believes a work-life balance should tip decidedly toward the family. “The end goal is to die happy,” he says. His Trinidadian-American family, wife, and little ones are his model, his inspiration, and his ultimate priority.

His phone buzzes constantly, but he doesn’t pick it up while he’s talking. As he describes his working life, it’s clear that staying focused on the task at hand is how he stays sane and accomplishes so much. It’s a career that was a long time in the making. “Growing up, I used to watch Galloping Gourmet, Julia Child, Essence of Emeril, and Emeril Live. I would think to myself, That’s someone’s job. I thought, I want to do that, that looks like so much fun.”

How did you get started in the culinary world?

I’ve been cooking professionally since 1999. My cousin was a manager at Nobu in Manhattan and she said I should come and try to get a job. The chef was like, “You can’t do anything in my restaurant until you can fill this whole container with chives that don’t look like snowflakes” — meaning they should all look identical. I was like, I’m gonna cut these chives till this dude loves me. After three days of cutting chives and him dumping them out he asked me, “Why are you still here?” I said, “You told me to cut the chives.” I didn’t get paid for five months, but I figured they could teach me something.

So you really paid your dues. What came after Nobu?

I went to the French Culinary Institute in Manhattan three days a week, worked in a restaurant in South Jersey three days a week, and slept on Sundays for about a year and a half. It was terrible: I was 19 and lost like 40 pounds. Then I worked at Le Bec-Fin, which was the Per Se of Philadelphia, under Georges Perrier. I kind of got my ass kicked, getting screamed at in French and not knowing what anyone was saying. But it was fun. Then I became the executive chef at Union Trust Steakhouse in Philadelphia. It was like a $13 million dollar steakhouse built in the middle of the recession — doomed. But I got a chance to hone my skills and do things my way. I ended up finding my way to Fatty Crab in New York City. I became their Chef de Cuisine and consulted on the opening of Pig & Khao.

What are your top three tips for building a successful restaurant? 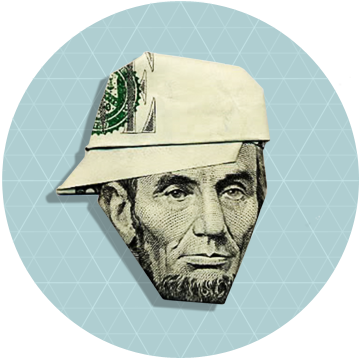 Raise enough capital so you can function for three months without making a profit. You have to get all the back-end numbers correct. You’re going to make money, but you’re going to rob Peter to pay Paul.

Leave 20% to chance. Shit’s going to happen. You’re going to have problems. Be cool, accept it, and be ready for it. Roll with the punches. Someone goes to hit you, don’t tighten up and catch a punch and just eat it. Fight back and be cool man, like the Fonz.

How did Seoul Chicken come to be?

When I was consulting at Pig & Khao we used to come party over here. They had a fire and the owner was in desperate times. She knew that I had helped Leah Cohen at Pig & Khao, so she asked me what I would do at her spot. I told her I’d do chicken wings. Andy Ricker had Pok Pok around the corner. He was crushing it but he didn’t actually have the storage space to keep up with how many wings he was selling. The owner here is half-Korean and half-Japanese, and I was born in Lake Charles, Louisiana, so we decided to do a mix of Korean and Southern fried chicken. The name is Seoul as in Seoul, Korea, and “soul” from the South. That’s why the “e” blinks out of the sign — it’s both of us doing chicken together.

You started getting TV gigs while you were at Fatty Crab. How do chefs end up being TV chefs? How does TV fit in with the rest of your career?

I got a phone call on my birthday: “Do you want to do Top Chef?” Top Chef is like the Navy SEALs of food shows. Tom Colicchio’s the head of it, and he’s like a hawk. If a restaurant pops up on James Beard, there’s a whole team of people that monitor it. They’ll call around to ask about you and send people in to check you out. So while I was at Fatty Crab, I did Top Chef, Around the World in 80 Plates, and Chefs vs. City. The TV stuff is like being in a fraternity; it’s horrible but awesome at the same time. But I’m absolutely a restaurant chef first. You’ll see me in here picking up a box of chicken more than you’ll see me on ABC.

You’ve done all of these roles — executive chef, consultant, dishwasher, and now you’re in your own space. Wearing so many different hats, what’s that like?

The ownership hat is obviously heavier because you see and feel everything. You feel the weight of everything. When you’re a dishwasher, it’s like, “My job sucks and I have to work really hard,” but cleaning dishes is the extent of your responsibility. When you’re on the hook for everything, it’s like, How much money did we make last night? The dishwasher’s like, “I did my job, I’m going home, I’m getting my check.” When your name’s on everyone’s check, it’s a different ballgame. It’s not the scariest thing in the world, it’s just being an entrepreneur. You have to work hard. Getting the restaurant is hard, but wait till you actually open the doors. Finding the money, yeah that’s tough. But keeping money in the building is much harder than finding money.

You use free-range chickens, which must be more expensive than “conventional” chickens. How do you decide to make that call between money and values?

We get our chickens from an Amish territory with free-range birds. They’re driven up here to a place called Dellapietras in Brooklyn, and the owner literally drops them off to us himself. The wings we get are smaller and more expensive, but at the same time, they taste better. They’re a lot more expensive because it’s not some steroided-up bird sitting in a cage all bruised up and disgusting. Cheap wings are gross. The skin’s old and mealy, they’re super yellow, just not good. Once you see the bad stuff, it’s like, Whoa, do I serve these? You have to make a judgement call. So yes, we use the small wings, but that’s why you don’t shit your pants after you walk out of here.

How do you figure out the money equation? What does someone need to start, and how do you know if you have a viable plan?

We have 42 seats, give or take. You want to figure out how much each seat is worth. Let’s say the average person spends $15. That means we need to make X per person over the course of a day to average out to $2,500 a day based on $75,000 a month. You need to turn the dining room over about 3.5 times. If you’re only doing half of that, then you need to raise your prices, or do something that’s worth more. Then you also need to figure out the least amount of money you can spend on getting started so you have operating capital to get through the hard times. We did this on the cheap — for under $75,000. But say we took out a million dollars. We would never be able to pay back that loan even though we’re making money. You want to make sure the initial capital raise isn’t something gaudy.

Operating capital, Department of Health compliance, and Department of Buildings compliance are the most essential, because they will shut you down for a week if you don’t have the proper things. You have to pay for the permits and the fines. Once you’re compliant, you need to be able to have your food inventory and your initial purchase in order to start making money. And you need to be up to the minute with your prices. Say you sell beer for $3 but you failed to realize the price of your keg went up $15 in the past month. You aren’t going to make the margin that you were before. That’s why you print paper menus — to keep up with changing prices. Then, believe it or not, branding as well as PR is really important. This is a digital world. People pop online and see this site says you’re awesome, this site says you suck. You want to be able to monitor that.

What’s a typical day for you?

It usually starts when my daughter wakes up. She’s six months old. My son is seven. I read through emails and text messages. Just catch up from email overload because we have multiple businesses that we operate, not just this one. I like figuring out what I can do before I walk into work because once I walk into work, a lot of stuff is going to happen. This morning I swept and mopped the floors before anyone got in. I wiped down the chairs, turned on the lights, put in orders, cleaned the bathroom. Then it’s chopping herbs, brining and prepping chicken. Once my staff roles in, I start to delegate to them. So first it’s put it all on your own shoulders, then it’s delegation. Once the actual guests come in, it’s execution. At the end of the night, it’s consolidation.

What’s next? Do you have an end goal?

Tags:Food & Drink
1
UHURU DESIGN
022. ALLOW ME TO REINTRODUCE MYSELF