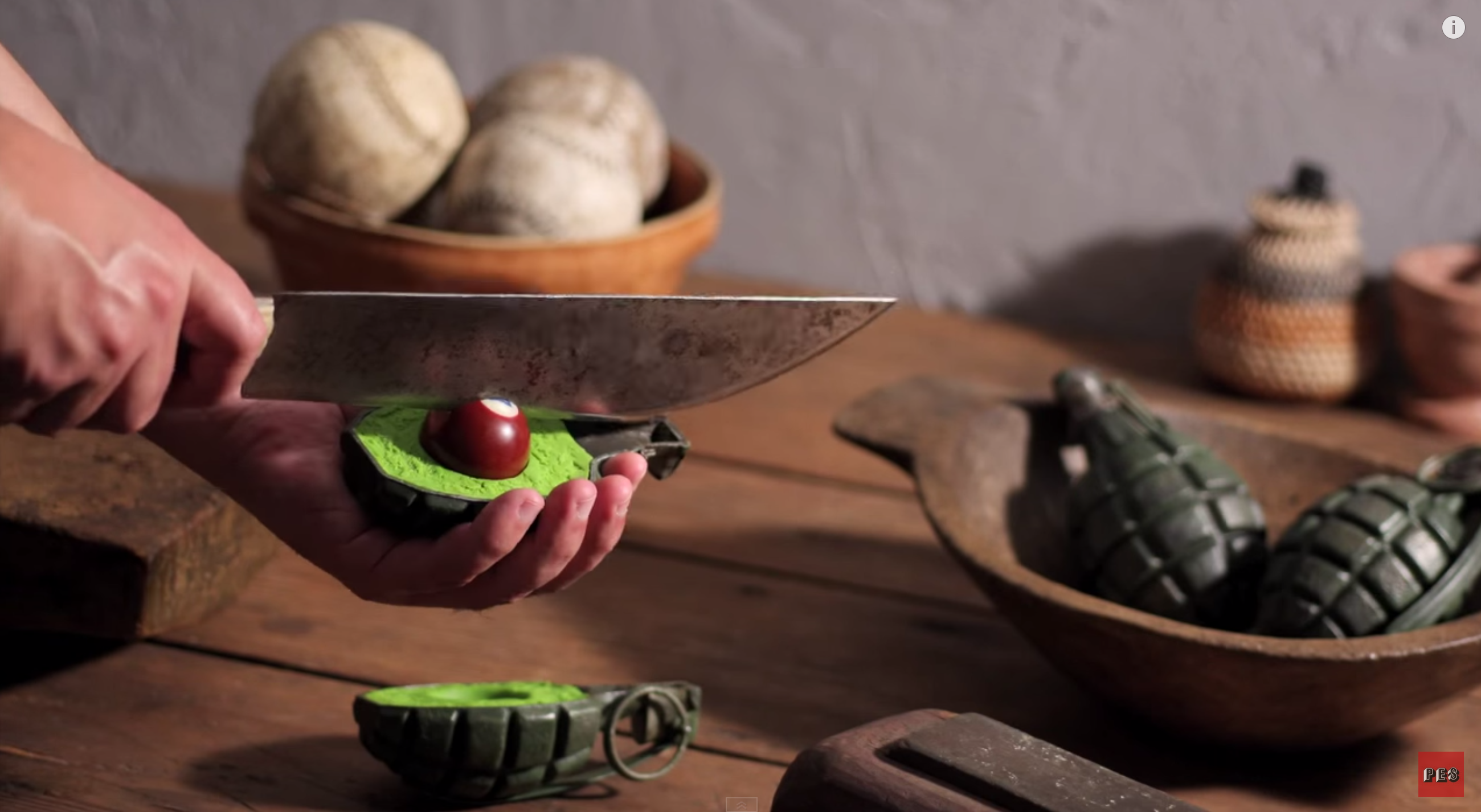 The weather’s getting warmer, the days are getting longer, and there’s finally life budding on all the trees. Adios winter. Please don’t come back.

One of the best ways to celebrate the shift in seasons is to get your guac on. Commercial stop motion director Adam Pesapane, better known as PES, prefers to make his with everyday objects like baseballs, pincushions, dice, and light bulbs. His 2012 Oscar nominated short, Fresh Guacamole, may be a couple years old, but it never fails to delight. As director Michel Gondry told Paste Magazine, “Clicking on a PES film is to open a safe and suddenly see a million ideas glittering and exploding. The only reason you close the door is to re-open it just after and discover what will pop this time.”

More from his food series include Western Spaghetti (2008) and Submarine Sandwich (2014).

Plus, a behind the scenes look at his stop motion magic in the making: